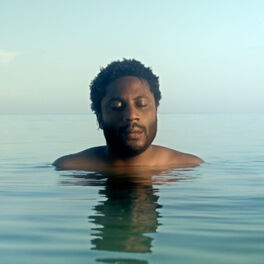 Do You Feel Me? (feat. Tristan D. Lalla & Tek Luciano)

This Is All I Know

Jonathan Emile is a Jamaican-Canadian rapper, poet, composer, and cancer-survivor. In 2011 he garnered attention with the release of his debut EP “The Lover/Fighter Document,” which was placed on the first ballot of the Grammy Nominations for “Rap Album of The Year”. Emile has been featured in major online publications such as Pitchfork, Hip Hop Dx, Huffington Post, Fader, and Complex. He has collaborated with international hip-hop artists Kendrick Lamar, Buckshot and Murs for his debut LP. Additionally, he has shared the stage with rappers “Coolio” in San Francisco, “Nelly” in Las Vegas and “Naughty By Nature” and “Slick Rick” in New York. At the age of 18 Emile was diagnosed with cancer, and for the following two years he underwent intense chemotherapy and radiation to fight the disease. During this period, the artist used music as his personal therapy as he fought the disease and devoted his music and poetry. Emile’s music is defined by truth as he shares his experiences of battling cancer, addresses current affairs and explores humanity. Through hip-hop, R&B/neo-soul and reggae, Emile offers an honest and unique perspective of reality without sacrificing the contemporary sounds that the younger listeners crave.