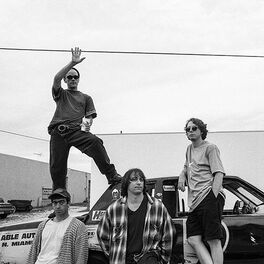 Out Of Time (25th Anniversary Edition)

Fables Of The Reconstruction (Deluxe Edition)

Best Rock of All Time

Baby Driver Volume 2: The Score for A Score

Bewitched - Music From The Motion Picture

The origin story of REM began at a record store in Athens, GA in 1979, where Peter Buck was a store clerk. All the deep cuts that Buck would set aside for himself at the shop future bandmate Michael Stipe would dig out and buy. The two bonded over their shared love of influences like the Velvet Underground, Patti Smith, and Television, and eventually met Mike Mills and Bill Berry before going onto turning the Southern farmers town into the epicenter of alternative rock. Reinventing the use of jangly guitar hooks and pairing them with mumbled, cryptic lyrics, and an aesthetic borrowed from post-punk, R.E.M. became an utterly original synthesis of numerous influences, simultaneously sounding traditional yet modern. While it took several years for R.E.M. to break into the top of the charts, they acquired a cult following after the release of their debut EP, Chronic Town, through I.R.S. Records, in 1982. Chronic Town established the band’s signature sound, and throughout the 80’s, they continued to expand their music with a series of critically acclaimed albums. 1983’s Murmur was welcomed with enthusiastic reviews upon its release, and was hailed as the best album of 1983 by Rolling Stone, beating out Michael Jackson’s Thriller and The Police’s Synchronicity. It also broke R.E.M. into the Billboard Top 40. With a series of unforgettable albums, like Reckoning (1984), Fables of the Reconstruction (1985), Life’s A Rich Pageant (1986) and Document (1987), R.E.M. worked their way to give a whole new meaning to post-punk and New Wave through haunting vocals over discordant guitar rhythms, slowly rising to become one of the world’s most popular bands. After an exhaustive international tour supporting 1988’s Green, R.E.M. retired from touring for six years and retreated to the studio to produce their most popular records, Out of Time (1991) and Automatic for the People (1992). This, of course, did not go without a few live performances along the way from their various appearances on programs hosted through the BBC. R.E.M. grew up with the BBC, and their historic relationship is now being lovingly celebrated across an incredible collection of live recordings that illustrates the career trajectory of one of modern music’s greatest bands.