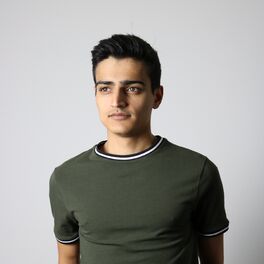 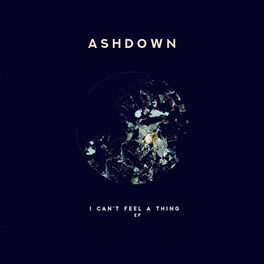 I Can't Feel A Thing EP

I Can't Feel A Thing EP

Making his way smoothly to your radar is London based singer and song-writer Ashdown, also known as Murray Ashdown. Ashdown’s delectable vocals and captivating song-writing are what continue to bring the artist forward in the scene. Music has never been a stranger in the young artist's life, as he hails from a background with heavy musical influence. With Ashdown’s mother being a music teacher, his father in a band, his brother a classically trained singer and sister pursuing theatre and drama, it was inevitable that music would also fall into Ashdown’s hands. Ashdown began as most would, by picking up instruments including piano, cello and guitar at a young age, strengthening the anchor to his future music career. Ashdown would then enter a junior music college where he learned to sing through compulsory music classes, which he initially loathed. Eventually this practice and exploration led to passion, as Ashdown ventured on his own musical path by feeding his interests in musical production. After taking a stab at DJing and toying around with different genres, Ashdown found his own niche through electronic song-writing driven material. The merging of an innovative sound with expressive lyricism gave a dynamic voice to Ashdown, one that he could conquer and passionately dive into. In 2016, Ashdown unveiled his first EP titled Set the Pace with Heroic, a soulful collection of tracks with clever lyricism and tactful synth work. “Perk Up” in collaboration with Danish producer Dooqu made it’s way to Spotify’s Global Viral charts. Towards the end of 2016, Ashdown linked up with producer Owkey in the hit banger “Know Myself”, which has amassed over 1 million plays in streams across both Soundcloud and Spotify. In just over a year, Ashdown has evolved significantly as an artist, eventually kicking off 2017 with a killer feature in WRLD’s “Everything” via Monstercat. The artist’s organic sound has sparked the interest of big industry players, including channels such as Mr. SuicideSheep, Trap and Bass and blogs such as NEST HQ, Pilerats, Earmilk, Run the Trap and more. With every new unveiling, Ashdown hones in a more diverted focus on crafting more poignant pieces in harmonious balance with futuristic compositions.