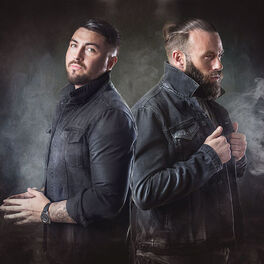 We Are Planet Perfecto, Vol. 3 - Vegas To Ibiza (Unmixed Edits)

The Hardest Drops - by Spinnin' Records

Futuristic Polar Bears combined skill set of accomplished DJs, producers and musicians has meant that Rhys and Fran have become global favourites and voted #113 in DJ Mag Top 150 Poll. In the last 12 months they have smashed dancefloors in over 5 continents including USA & Canada, India, Thailand, Singapore, South Korea, China, Jakarta, Malaysia, Holland, Germany, Italy, Brazil, France, Mauritius, Spain and Ibiza with their indisputable energy and dynamic DJ sets. With countless releases under their belt, the Futuristic Polar Bears’ continued their relationship as part of the Smash The House family which saw them play the label’s stages at Tommorowland Brazil & Belgium in recent years as well as their House of Madness residency at Amnesia in Ibiza and their latest stadium show in Scotland. 2018 and beyond looks set to commence an arsenal of unmissable collaborations with Wolfpack, Yves V, MATTN, Diego Miranda, Dimitri Vangelis & Wyman, and with plenty more in the pipeline including the launch of their brand new label “CMMD Records” cement the Polar Bears as one of the most exciting production outfits in the industry right now.