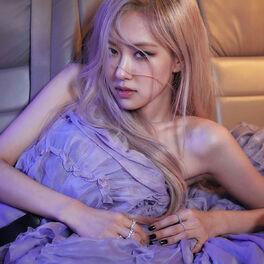 Member of Korean girl group BLACKPINK, Rosé made a quick rise to the top of the charts with the K-pop quartet. Ahead of the group’s first studio album [THE ALBUM], they dropped two pre-release singles; the record-smashing hit [How You Like That] in June 2020 and [Ice Cream (with Selena Gomez)] in August 2020, which debuted at No.13 on the Billboard Hot 100 chart. Along with this immense worldwide recognition, [THE ALBUM] released in October 2020 surpassed 1 million pre-orders, the first K-Pop girl group to reach this milestone. In March 2021, Rosé released her first single album ‘R’, achieving the highest pre-order sales in a day amongst Korean solo artists. With her highly anticipated debut as a solo artist, she hopes to share the heartfelt message that resonated with her from her songs, On The Ground’ and ‘Gone’.