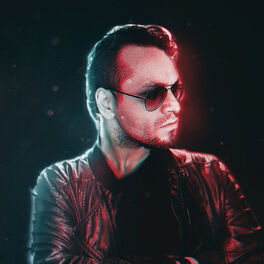 I Just Want You

Only In My Dreams

In The Speed Of Light

Fury Weekend is a one-man synthwave act putting a rugged, futuristic spin on retro synth music. The pioneering project was born in 2017 when Belarus-based Ars Nikonov chose to combine his love of classic rock, electronic music, and ‘80s culture into a forward-thinking music venture. The result has sent ripples across the edges of retrowave music and helped to set the stage for a new era of the genre. The versatility of Ars’ songwriting and his top-notch production as Fury Weekend should come as no surprise, as he’s an experienced creator who’s honed his skills working in diverse genres from EBM and tribal industrial to post-rock. Projects like Diversant: 13, Cold in May, Martian Love, Seanine, and Tribal A.D. fill Ars’ creative resume, and Fury Weekend is the veteran artist’s latest ambitious music journey. That journey began in 2017 with the release of Fury Weekend’s debut EP, Sunset Overdrive, which connected the nostalgic allure of traditional synthwave music with rock and metal-infused guitar. The result simultaneously represents music’s past and its future. The strength of the EP earned equal acclaim from synthwave fans and critics, who embraced its unique stylistic approach and adrenaline-fueled delivery. "Till the Dawn" was especially well received, landing on NewRetroWave’s hugely popular YouTube channel and gathering thousands of upvotes in the process. Tracks like "Chasing Stars" found similar success, making it onto year-end lists of the best synthwave songs of 2017. Sunset Overdrive was a hit, but it was only the beginning for Fury Weekend. The artist made an even greater impact with 2017’s full-length album, Retro Rangers. Packed end-to-end with riveting guitar work and captivating synth solos, the album confirmed Fury Weekend’s ability to deliver on a large scale. 2018 saw the release of two more exciting EPs, first on Stranger in LA and then Avengers After Dark. Both recordings extended Fury Weekend’s stylistic exploration while maintaining the energetic and beautifully melodic cyber-synthwave sound fans have come to love. Avengers after Dark in particular featured a bigger sound and more ambitious production techniques than anything from the artist’s past discography. Ars is just getting warmed up. In the summer of 2018, Fury Weekend inked a deal with the independent, artist-owned powerhouse label FiXT, within their synth inspired sub-label FiXT Neon. In addition to repackaging all four previous recordings for re-release, FiXT is preparing to launch the next era in Fury Weekend’s impressive career. The move is sure to be a game-changer for the artist, the record label, and the rest of the synthwave world. With a large fanbase already onboard, Fury Weekend is set to redefine the future of retro music.