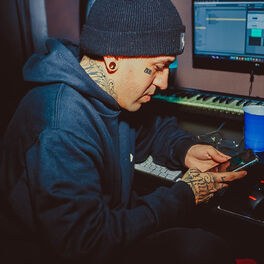 Ecologyk began his career as an electronic music producer by the age of 15 in 2009, deemed a prodigy in the Brazilian electronic music scene. Over more than ten years of career, Ecologyk built an identity that embraces several musical genres, moving among electronic, trap, rap and pop. By collecting productions for the big names of the national urban scene — such as Yunk Vino, MC Igu, Duzz, Sidoka, Jovem Dex, Konai, Bivolt, Leozin and Dudu —, the artist reaches around 200 million plays in the digital platforms, of which 6 million in your label Asfalto Rec. In 2019, Ecologyk remix the track "I Will not Break", by Kevin Rudolf and Lil Wayne, including rapper Duzz's special participation. Besides that, the artist brought together more than 40 artists from a range of music genres for his bigger and most awaited project: "Venturo". The production includes 12 tracks and the participation of renowned artists and emerging talents — like Lucas Silveira (Fresno), OSHUN, Tuyo, MC Rita, MC Marks, Jé Santiago, Bivolt, Froid and Lucas Boombeat —, which shows the producer’s multidisciplinarity with the fusion of different styles. In the first single of the album, "Amor Espacial" — featuring Pelé MiliFlows, Konai and Alt Niss —, the artist bet on a futuristic dancehall, with an audiovisual designed by XOKO that stood out in the show MTV Hits. The producer keeps working with artists that dictate and consolidate the urban culture in Brazil and all the world.