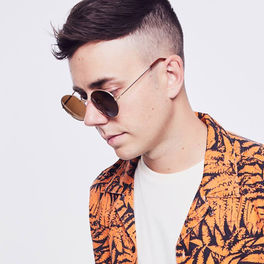 Lily Of The Valley (The Journey)

Dave Winnel is conquering the world with his unique sound by performing in Japan, France, Bali, Philippines, Hong Kong, Macau, Croatia and the Netherlands and played festivals like Tomorrowland and Stereosonic. Chasing the Sun, Dave takes Amsterdam as his residence for one half of the year and Sydney for the other half. Known as the funny guy, his infectious personality shines through his music, blending future/tech house and heavy hitting drums and baselines. He has released tracks on internationally acclaimed record labels Armada Music, AXTONE, Def Jam, Size, Ministry Of Sound & Big Beat. In 2015 Dave collaborated with Kryder, on ‘Apache’ which was the most played track that summer on 1001tracklists. A year later Armin Van Buuren and Dave joined forces for the festival hit ‘The Race’, which has millions of plays on Spotify and ‘raced’ to the top of the Beatport top 10. His latest record ‘Saxamophone’ stormed the Electro House chart and was a stable in DJ sets around the world. 1001tracklists ranked Dave Winnel as #53 Most Played Artists of 2017. His 2018’ single ‘Always Feels Like’ has already risen to 3.5 million streams and ‘Don’t Stop’ clocked up 2.5 million streams on Spotify. This has made Dave one of the most sought-after remixers, doing official mixes for David Guetta, Twenty One Pilots, Bastille, Anne-Marie, Clean Bandit, Hardwell, Axwell /\ Ingrosso, Adam Lambert, & Galantis. Check out Dave Winnel on all music platforms and social media!