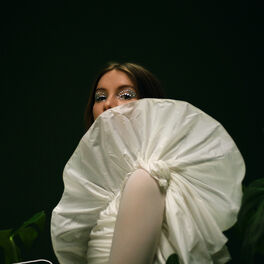 Alice on the roof

In the head of... Morganours

“Meetings, writing sessions, songs that, like me, were fueled by traveling back and forth between London and Brussels". This is how Blanche sums up the three years that passed between one evening in spring 2017 when she revealed herself to the whole of Europe with City Lights and her first album, Empire, which will be released on 24 April 2020. All the songs in the Empire album were written or co-written by Ellie Delvaux. The album was recorded between London and Brussels and co-produced by Rich Cooper (Banks, Mystery Jets, Lucy Rose) and François Gustin (Girls In Hawaii). Blanche, Ellie Delvaux's real name, is born, raised and educated in Brussels. During the 3 years writing process of her first album Empire, she released the singles City Lights (2017), Wrong Turn (2018), Soon (2018) and Moment (2018). She has already performed at the biggest festivals in Belgium (Nuits Botanique, Francofolies de Spa, Brussels Summer Festival) as well as at Eurosonic in Groningen (2018 and 2020). Blanche is one of the winners European Border Breakers Award in 2018 (alongside artists such as Sigrid & Alma). The same year she is rewarded with several prices in the Belgian music award ceremonies such as “breakthrough” and “hit of the year”.