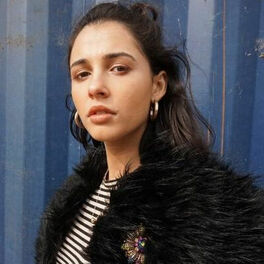 Hits of The Moment Lebanon

The actress and singer Naomi Scott was born in London, England in 1993 and initially rose to prominence playing the character Maddy Shannon in the popular US sci-fi TV series 'Terra Nova'. After her success in the series, Scott played a number of high-profile roles in film and TV productions, most notably Megan in 'Life Bites', Kimberly in 'Power Rangers' (2017) and Mohini Banjaree in 'Lemonade Mouth' (2011). In 2019 she gained worldwide recognition starring as Princess Jasmine in Guy Ritchie's Disney blockbuster 'Aladdin'.

Her solo recording career began in 2014 with the release of the album 'Invisible Division', followed up in 2016 by 'Promises'. In 2019 she performed on the track 'Speechless' which was released as a single to promote the soundtrack to 'Aladdin'. 'Speechless' did particularly well in the US where it reached number 23 on Billboard's Bubbling Under chart.

During her relatively brief recording career, Scott has also collaborated with other artists including the English rapper Nick Brewer and the US actress Bridgit Mendler.