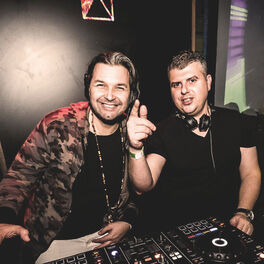 Just Be Good To Me

Night to Remember (The Remixes)

The Earth n Days DJ / producer duo was founded in 2017 with the aim of making house music that stands up to the international level and gives something new to the audience. Their music is characterized by energetic beats, massive bass, spiced with a small vocal and disco. Almost all of their tracks are on international charts and are released at world-renowned publishers. At the moment, Beatport Top 20 performers are part of their own genre. In 2018, the Ballantine's Music Awards, the Producer of the Year, finished first and second in 2019. Their Try and Sexy Body hits are success in almost every party, and their Groovejet remixes have become one of the best sellers of last year in the genre. This year, Earth n Days started to be strong. Give Me Your Love hit reach the top of house chart top 10, and after released the next video call Jumpin what is ready for besieging the Beatport Top 100 chart as well. At the end of 2019, the first release of There Was Jack, Earth n Days - Let's Get Down, made its debut in the top 100 house list the first week. The first release of 2020 by Earth Days is 'Just Be Good To Me' reached the 2nd position of Beatport House Top 10.