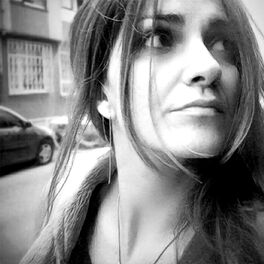 Turkish singer, songwriter Efsun began to appear with own songs in Istanbul stages in 2004. Efsun was known for her brilliant songs and misty vocal on the stage of Hayal Kahvesi before her album was released. She made concerts at various clubs and festivals for two years. She also acted as an artist and chorist - dancer in theatre plays such as “Yasar Ne Yasar Ne yasamaz”, “Lady Macbeth” which is directed by Kenan Isik at the "Istanbul State Theater" for five seasons. In 2006, her first album "duy sesimi" was published. Ethnic instruments such as qanun and darbuka were used in the album which was recorded by Özer Dönerkaya. The first video clip from the album "Ruya" became one of the most played tracks on the radio. In line with the appreciation of the audience, other videos “Makus Talihim" and "sorma“ were shot. She released his second album “Sessiz Olmaliyim” on February 2011. “Sessiz Olmaliyim” album consists of 10 tracks from Efsun songs. The first video clip was shot for the song called ”Yavas Yavas”. In the summer of 2015, the new single "Beni bu halimle sev" was released. The video of "Beni bu halimle sev" was realized three days in Bandirma and Istanbul. Efsun released the new single Doya Doya in the autumn of 2018. The song was recorded by Özer Dönerkaya. A clip was also shot in Thailand and Istanbul. Famous actor Mehmet ESEN who involved as a player also directed the film.