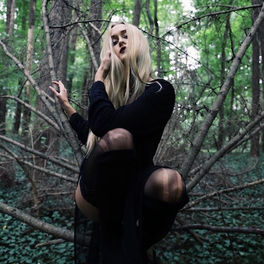 i'll know who i am in time

My Heart's in a Maze

i could be your goddess

CASHFORGOLD’s vocals are haunting in the best sense of the word" - Dancing Astronaut CASHFORGOLD is a singer and songwriter that creates moody electronic pop. She infuses a soulful energy into an airy yet clear and ethereal tone, creating a haunting and emotive atmosphere. Her music has gained the support of Trap Nation, Mr.SuicideSheep, and Chill Nation. Further successes include radio play in Germany and on SiriusXM, and a remix by #6 Billboard charting producer Decap. While she began releasing music in 2017 as an EDM vocalist, her solo career offers a sultry, downcast sound that falls somewhere in between Purity Ring, Sevdaliza, and Billie Eilish.