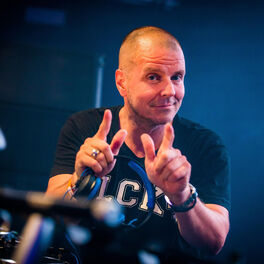 par Moguai, Aka Aka

Pray For Rain (The Remixes)

Kick out the Jams

Commander For The Night

André Tegeler, who goes by the name Moguai, is a German producer and DJ who has attained international fame since he emerged in the early 1990s. He has remixed tracks by Giorgio Moroder, Planet Funk and Cosmic Baby and collaborated with Sugarbabes and Girls Aloud. His albums include 'Headlines' (2002), 'Punx Up the Volume' (2009) and 'Mpire' (2012). In 2015, 'Mammoth' with Dimitri Vegas and Like Mike went to number 40 on Billboard's Hot Dance/Electronic Songs Chart and 'Hold On' featuring Cheat Codes reached number 47. He performs around the world and is a regular at major festivals from Australia to Las Vegas, Belgium and Brazil.