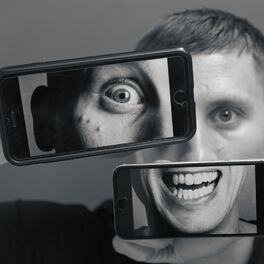 Got The Power EP

Nothing Else Matters Tracks, Vol. 1: Picked by Danny Howard

Heavily influenced by the 1990s drum & bass, trip-hop and hip-hop scenes in Bristol, Eli Brown began DJ'ing in the city in 1999 playing in pubs, clubs and basements. Gaining some success he began to create his own tunes and performing them under a variety of aliases. He adopted the alias of Eli Brown in 2016 with a move away from pure D&B and into house, techno-house and more dance-oriented music. This lead to the release of the track 'Can You Feel It/Acid Test' on the Of Unsound Mind label. This enabled him to pick up a solid following not only among fans but also fellow professionals and their labels; including Adam Beyer's Trusoul, Solardo's Sola and Matthias Tanzmann's Moon Harbour. His single 'Sumatra', released on Toolroom in late 2017, was one of the biggest selling tracks of the year. Collaborations followed rapidly with such august house makers as Repopuate Mars, Green Velvet, Solardo and elrow taking him through 2017 and 2018. 2019 saw the release of singles and EPs including the 'Our Love' EP with Will Clarke; a hook-up with Sonny Fodera on 'Hurt Me'. His release 'Brazil' a collaboration with Lee Foss and Anabel Englund attained the BBC Radio 1 'Hottest Track in the World' accolade.