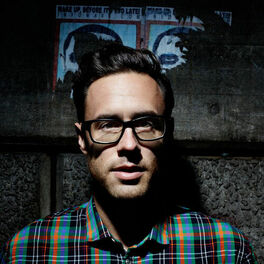 Inside Out (Mixed Tracks)

Where Is It? (Remixes)

Electronica by Will Saul

par Komon and Will Saul

Within the world of electronic music, Will Saul is perhaps best known for being the producer and DJ behind Simple Records and Aus Music, the labels he set up and has led for over a decade. Between them there have been over 100 vinyl releases from the influential likes of Joy Orbison, Carl Craig, Pearson Sound, Scuba and Actress, as well as EPs that helped to break upcoming talents like Bicep, Dusky, Midland and George FitzGerald. His sound is based in deep dubdiscohousetechno with flashes of soul and irresistible melodies that hark back to the early days of Detroit (from Motown to Planet E). Over the years Will has gained an admirable reputation as not only a show-stealing DJ, but also a talented A&R and producer. He’s remixed for Chicken Lips, Jesse Rose, Manuel Tur, Cortney Tidwell, Solomun, Pearson Sound/Ramadanman, Phonique, Appleblim, Scuba and The Juan Maclean (DFA) to name just a few. Will was resident at the legendary End club in London for many years before it closed it’s doors. Since then, he has continued to play across the globe at influential night spots like fabric in London, Club Eleven in Tokyo, Chinese Laundry in Australia and Berlin’s famed Berghain. Will was born in Taunton, Somerset in 1978. Always surrounded by music, his musical path has developed gradually. Growing up his parents encouraged him to play the piano, sax and timpani, each of which he disliked at the time. He started buying records at eight - motown, soul, R&B, film scores - and diligently recorded the Top 40 on Sunday afternoons. Before his teens he’d begun collecting hip-hop and by sixteen was into dance. Trekking to clubs across England every weekend inspired him to get a job and save up enough cash for two turntables and a mixer. For such a passionate collector, DJing was a revelation. Two years later he won Muzik’s mixtape talent contest Bedroom Bedlam, having progressed his sound from lush, jazzy grooves and leftfield oddities to include deep, dubby breaks and broken-beats. After two years working in Sony International’s A&R department he left to set up a label with friends. They called it Simple, to reflect their open-minded intention to release good music, of whatever genre. It was while working at the legendary Koobla records, and then the fantastic Phonica, that he had his eyes fully opened to the wonderful world of house and techno. At the time the scene was being re-invigorated by producers such as Mathew Jonson, who Will quickly employed for his first remix. In 2013, Will released his debut album as CLOSE, an avant guard dance-pop project that called upon high profile collaborators like Scuba and Appleblim and landed on !K7: “Getting Closer” was Will’s first full-length album since Space Between, released under his given name back in 2005. He has slowly and anonymously leaked CLOSE material into the public sphere over the last 12 months; including remixes of Fink, Little Dragon and Hotflush boss Scuba. The alias was initially conceived in order to release music that would be judged on merit alone, rather than on the name to which it was attached, but following great reactions was increasingly difficult to keep secret. Proceeded mid April by first single ‘Beam Me Up’ Feat. Charlene Soraia and Scuba (with remixes by George FitzGerald, Hercules and Love Affair and Scuba) the album marks a big evolution in Saul’s sound, leaning away from bass and house and more toward a world of dark yet idyllic pop.