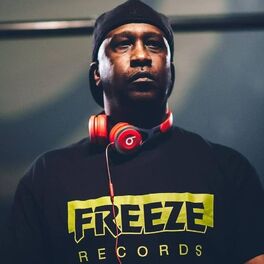 All Of Me (feat. Oliver Nelson) [Remixes]

Dance With Me (Remixes)

Music Is My Life (Remixes)

The Best of Freeze Records, Vol. 1

One of the most influential and iconic DJ/producers of the 1980s, Todd Terry helped pioneer the rise of house music and the use of samples. Born in Brooklyn, New York, he began his career DJ-ing at house parties in New York playing disco and hip-hop records to appreciative listeners. One of the earliest DJs to latch on to the potential of house music, he released his first 12-inch record, 'Alright Alright', using the name Masters at Work in 1987. An edited version subsequently appeared on the Chicago house compilation 'Jackmaster 1' and his reputation as one of the most important DJs and producers of the era grew as his deep house style became more and more popular through the '80s.

His remixes of the Jungle Brothers' 'I'll House You' and Everything But the Girl's 'Missing' are regarded among the most important dance releases of the time, while Terry had UK top ten hits with 'Something Goin' On' and 'Keep On Jumpin', featuring the vocals, respectively, of Jocelyn Brown and Martha Wash.

Using a variety of aliases, he continued his work as an in-demand DJ, producer and remixer through the '90s and had a major hit in 1992 using the name Gypsymen. He later went on to achieve further success with the Todd Terry Allstars, Kenny Dope, DJ Sneak and Terry Hunter, releasing the single 'Get Down' in 2007, also featuring Tara McDonald.