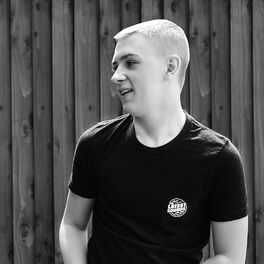 The Love I Need

One of Manchester's upcoming talents, Alex Hobson (Born 10th July, 1999) is a British Music Producer/DJ inspired by the likes of MK, Curtis Gabriel & DJ SKT. His music combines a variety of unique sounds including summery melodies and low groovy basslines, he is known mainly for using his authentic swing and catchy vocals. Alex was born and lives in Denton, Manchester. At just 20 years old he has already gained millions of online streams and signed some of his original works to the likes of LithuaniaHQ, Lovejuice Records & The Latest Sounds. Having had a variety of support worldwide has certainly boosted Alex's career within the past 12/18 months, with support from mainstream radio's including Capital FM, BBC Radio 1, Kiss FM and Australia's TripleJ, Alex is no stranger to the music industry and has also had support from some of the industries heavy hitters including James Hype, Danny Howard, Curtis Gabriel and The Ashton Shuffle, to name a few.