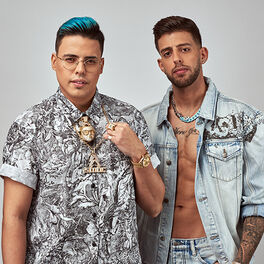 Stay at home with Pitbull

Static & Ben El are Israel’s top and most streamed duo today. They were also the first artists signed to Haim Saban’s new music venture, Saban Music Group (SMG), where they’re heading a global music movement with their fun and witty music style, while incorporating the infectious beats of Reggaeton. Static & Ben El have amassed countless awards, including being ACUM Award Winners for Song, Band, and Breakthrough Artists of the Year. They were returning judges on the 4th season of the televised Eurovision singing competition in Tel Aviv, and perform hundreds of local shows annually. At the top of 2020, they released “Further Up” with Pitbull. The track was a success as it received unprecedented media coverage, 80 million streams across all platforms, and over 40 million views on YouTube. The Spanish version, “Subelo,” went #1 on Billboard’s Latin Radio Airplay Chart. In July 2020, they released “Milli” featuring Flipp Dinero, followed by their latest single “Shake Ya Boom Boom,” featuring Black Eyed Peas, which released October 30th. With more music in the pipeline featuring collaborations from some of the world’s top artists, there is no stopping for this duo.