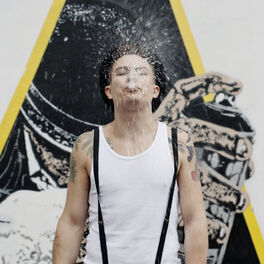 Love Will Save the Day

Love Will Save the Day

AArmstrong is a British Disco/House producer & DJ, he loves anything that makes you move, & can! Dominating eclectic esoteric sets at festivals most championed independent tent, Chai Wallah, playing up & down the country from Glastonbury to Shambala, AArmstrong is still a body not to be missed. With his patented blast of soul, disco & all things house (usually at the same time, mind), he's never failed to raise the temperature! Starting out in Cardiff playing with bands & MCs in a hip hop environment, to Bristol where he now resides. Curating club nights with the festival tone, of original bookings with the likes of Jazzanova, Ben Westbeech, Aim, & Herbalizer to name a few. Now hosting "Mommas Groove" : the evolution of disco and beyond, there's love and experience on all levels. These 10+ years worth of passion, now reflect in his production & playing, having releases on ever popular label Solid State Disco, Aarmstrong keeps evolving and building his sound.