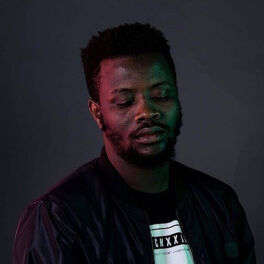 Ismaila ( Iss 814 ) grew up in the suburbs of Dakar, in Baye Laye, Guediawaye. Music here, more specifically rap, is omnipresent. The “hip hop galsen” movement embraces the community’s daily life and engages itself towards developing it politically and socially. With three of his older brothers being rappers as well as true role models, Ismaila naturally aspired to follow in their steps as he watched them evolve in this expanding movement. Younger, he followed them everywhere, inevitably determined to contribute to their music and the local scene. This drove him to self-learn music production and rapidly make a breakthrough thanks to the quality of his productions and assertive rap.