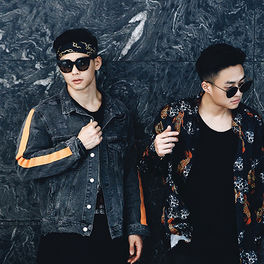 BEAUZ (‘bouz’) is an American DJ / producer duo consisting of brothers Bernie and Johan Yang. Since childhood, the brothers would quarrel over their undeniable similarities. Yet, their shared love for music brought them together. They share the same dream - to let the world feel what they feel through music. After graduating from USC and UC Berkeley, they decided to pursue music production and haven’t looked back ever since. After achieving moderate success in the beginning of 2017 with singles i.a. on Armada Music, they created their biggest hit ‘Hide and Seek’ with Steve Void which topped the Dutch iTunes chart. Since then, BEAUZ has released with some of dance music’s top labels including Spinnin’, Armada and NCS. In 2018, the brothers made a name for themselves through viral pop remixes that were supported by elite brands such as Trap City, Proximity and Trap Nation, eventually landing them o ffi cial remixes for the superstars Zedd (Happy Now), Cash Cash (Belong), Galantis (Emoji) and NOTD (Been There Done That) among others on Universal and Warner Music. BEAUZ boasts over 35+ million total streams across various platforms; but that number is relatively small compared to the 100+ million streams on the Chinese streaming platform, NetEase Music. In January 2019, they were crowned as the #1 emerging artist for 2019 by Audiomack. By being also featured on A-list media publications Forbes, Billboard, Insomniac and many more, it’s only a matter of time before BEAUZ becomes a household name in the industry.