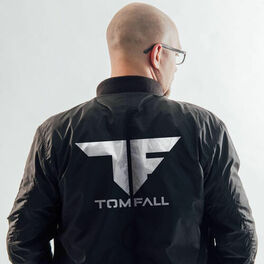 EDM aficionados often possess an insatiable desire for new talent that can deliver a refreshing twist to their ears. For Tom Fall, the challenge seems to come naturally. A native of Lohja, Finland, the 32-year-old producer began his journey into the realm of music at age 10. Like every ambitious child with a musical passion, Fall began to experiment with a variety of instruments, but most commonly found himself learning to play his brother’s guitar by ear. It wasn’t long until those ears became mesmerized by the sounds that one can only find within the elusive world of electronic dance music. As his love for trance, progressive, and house increased, the 16-year-old set his sights onto the complex, fascinating world of music production. The self-taught talent began his production endeavors with the legendary Modplug Tracker, and continuously challenged himself further, ultimately with Cubase. After a few years performing live DJ shows, and fine tuning his production skills, the budding talent saw his first and only demo, “Cubic,” released as a single on Anjunadeep in 2010. After releasing a handful of tracks, including his own Sirius XM BPM radio hit single, “Untouchable feat. Jwayden,” Tom Fall has become one of EDM’s most highly-requested remixers and producers in just a few short months. Fall has reworked tunes for a multitude of high profile artists, including Armin van Buuren, Cosmic Gate, W&W, and Morgan Page.