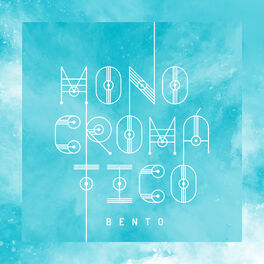 These are and this is DIAMOND DAYS, the sparkling debut album by Bento – the new musical creation from Ben Gillies, drummer and co-founder of Silverchair. DIAMOND DAYS is 12 new bristling and glistening rock & roll songs, with Ben up front, singing his heart out, singing his own songs, and opening up like you’ve never heard him before. “It’s an album of self-discovery, of finding myself,” says Ben. “I’ve always written songs and over the years I’ve kept a log of every idea. It’s exciting to finally see some of these ideas fully realised.” Adds the former APRA Songwriter of the Year: “Being part of something as awesome and mammoth as Silverchair required so much of myself and at times there was very little energy left for other things. Now I feel as if I’m freed up and can satisfy my own creative output and get about doing what makes sense for me at this point. It’s been a while in the making and I’m excited to finally share it.” Bento is as indie as they come. While Silverchair could tap into big recording budgets and high-level industry infrastructure to support releases, Bento is entirely DIY – an organic veggie patch to Silverchair’s Apple. Ben has funded the entire project himself and has personally overseen every element, from artwork and videos through to the mechanics of releasing the album on his own label. “It’s great to feel like I’m really in the driver's seat on every detail with Bento,” he says. “That’s just not possible when you’re in a band. It’s a totally different way of approaching things after years of adhering to a particular formula ... So that makes Bento both exciting and a bit scary.” Honest, uncluttered, open-hearted, Bento is Ben’s baby, but it sounds like a full band that has been playing together forever. Indeed, Ben freely credits his collaborators for helping provide DIAMOND DAYS with such a distinctive sheen across its 12 tracks – a unique cohesiveness and melodious energy. Ben informally began work on the Bento debut during a break in Silverchair duties back in 2010. He took those hundreds of ideas he’d collected over the years and spent a week sifting through them at Mangrove Studios on the Central Coast with the in-house engineer, Josh Telford. During that week, he and Josh began piecing together songs from the pot of ideas, combining up to 40 different ideas in a single track, while a couple of entirely new songs also were written right there on the spot. Work proper on the record started in mid-2011, only once Silverchair revealed what it was doing next. “When Silverchair decided to go on our ‘indefinite hibernation’, I decided to keep running with my thing,” says Ben. “I went back in with Josh and that’s when I was like, ‘I’m making a record – this is a record!’” As soon as Ben felt enough of these new songs were taking a solid shape, he moved into Big Jesus Burger Studios in Surry Hills, Sydney, with Eric J Dubowsky [Faker, Art Vs. Science] coming onboard as co-producer. “There was a stack of work to be done,” says Ben. “I still had to make songs out of the ideas, explore structures and lyrics for whole songs for first time. It was a challenge but a great experience. Whereas I always had a safety net with Silverchair, now I didn’t have that – I just had go out there and to get it done.” Ben enlisted the talents of a diverse array of muso mates to help bring his vision of life, including Papa Vs Pretty’s gifted frontman and guitarist Thomas Rawle as a lead player on the majority of the songs, plus Scott Aplin [Silverchair, music director of The Voice] on keyboards and Dave Symes [Missy Higgins’ music director] on bass. “These guys were integral to the process,” says Ben. “They came along and made the songs mesh as a band.” Ben’s other big challenge with Bento involved stepping out from behind the drum kit and becoming a frontman for the first time. And he makes no qualms about it – it scared the crap out of him. “I was literally shitting myself,” he says laughing. “It’s a fear I’m having to confront – but it’s exciting. Scary and exciting. From my experience, anything that’s confronting and scary, once you overcome the fear, then you can enjoy it. So that’s how I feel about it … but I’m still a little bit nervous.” One thing that’s obvious from a first listen of DIAMOND DAYS, Ben is a lead vocalist of impressive dexterity, adapting his style and approach to convey a myriad of emotions across the dozen songs. Minor anxieties aside, now, finally, Ben Gillies is ready to reveal his Bento to the world with this brilliant debut album, DIAMOND DAYS. Prepare yourself – Bento sounds nothing like Silverchair. And if you happened to have heard Ben’s short-lived Tambalane project from a few years back, well, Bento sounds absolutely nothing like that either. The immediacy of the lead track, the title track “Diamond Days”, will give you a fair indication of what Bento is all about. But there are a dozen different moods and views present on the album. How can we sum it up? This is Bento, and this is … these are … DIAMOND DAYS. Enjoy.