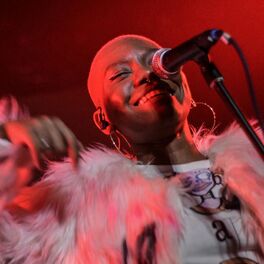 Mabiland is a Colombian singer, songwriter and rapper. She was born in El Choco (Colombia), and now is based in the city of Medellín, where she developed her career. Between 2013 and 2014 launches her first singles. In 2015 she released her first recording work Cycles EP, which became part of the cultural agenda of Medellin 2016. In 2018 she published her debut album "1995", the project won a stimulus on record production of the 2017 Mayor of Medellin, participatory budgeting, thanks to that, the album was able to be recorded. Her singles "Cuánto más" and "El club de la pelea"