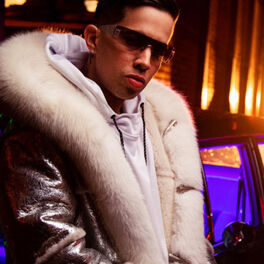 Rafael Castillo, better known as "De La Ghetto" in the urban world, was born in New York City at the beginning of the 1980s and is a resident of Puerto Rico where he’s lived since his teens. On 2020 is the time for his new album "LOS CHULITOS," which has three singles and a remix that have been successfully released, contains 19 songs. The first was, “Selfie,” dropped in August 2019, reached 17M views on YouTube, 6.31M on Spotify, and 2.8M on other platforms (Apple, Deezer, etc.). Two months later "Feka" arrived, accruing 9.5M views on YouTube and 4.08M on Spotify. De La Ghetto kicked 2020 of with the release of “Selfie Remix” with Zion & Lennox, Jhay Cortez, and Miky Woodz and continued with the release of “El Que Se Enamora Pierde” with Darell, which garnered more than 18 million views on YouTube. The album comes accompanied by a new sensual reggaeton single titled "Sube La Music" alongside Nicky Jam. The track pulls inspiration from the sensual old-school reggae song “No Holding Back” by Wayne Wonder released in 2002. The song encapsulates everything De La Ghetto is known for and will make everyone dance. The track follows the theme of how when a man is fully in love, he will ensure that his love interest feels very special, especially in moments of intimacy. "Sube La Music" premiered alongside its music video, which was produced by WildHouse Pictures. For more information visit www.delageezy.com