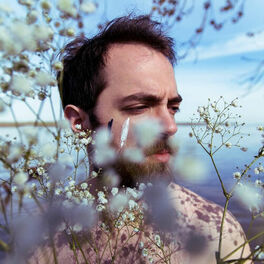 Caught in the Corner of a Half Moon

Aaron James is an indie/folk artist born in central Pennsylvania, but based out of Memphis, TN. Aaron strives to represent the universal and never-ending journey of finding yourself, telling stories of his own self-discovery in hopes of listeners better understanding their own path in life through his music. Shortly after moving to Memphis, Aaron became a part of the multi-faceted creative company Unaplogetic, which aims to be a home for creatives in Memphis who don't feel like they can be themselves in their own communities. Being primarily a hip-hop influenced label/company, being a part of this group has given Aaron a unique look at the human condition, insight into the lives of people who come from a very different place he does, and also sonic influence on his mostly folk inspired song writing.