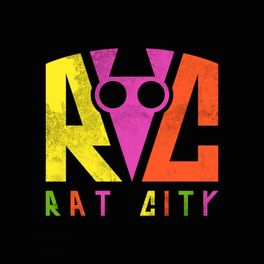 Naked (With My Headphones On - Tungevaag Remix)

Naked (With My Headphones On - Remixes)

Naked (With My Headphones On)

Rat City looks, from the outside like your typical urban metropolis, but behind the glitz and glamour it’s exactly as it sounds -a hotbed of seedy characters stabbing each other in the back at every turn. Friends and enemies interchange fluidly as they let their primal instincts call the shots. Even the police are criminals here. One thing is for sure nothing is ever as it seems in Rat City. A high concept audio visual project seamlessly fusing song and image, Rat City was conceived byNorwegian songwriter/producers Kent & Cato Sundberg. Lasse Michelsen joined in 2018 and recently, animator/designer Micah Monkey signed on to the Rat City collective as creative director. As writers/producers, the brothers Sundberg have been a part of the Stargate stable and have had six #1 songs across Scandinavia with their own band Donkeyboy, while , as producer/writers they have had hits with Lila and Chris Holsten among others. Cato, Kent and Lasse all play their own parts in Rat City where a revolving cast will appear alongside the key characters in different videos and short films as the project rolls out. Watch your back, Rat City's debut single, the criminally catchy ‘Kind Of Love’ is out February 15 via Sony Music/Symphonic.