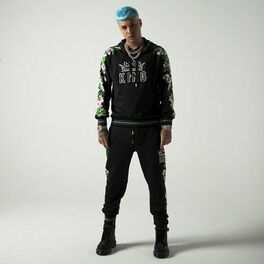 Noriel is a Puerto Rican rapper best known for the platinum-selling collaboration titled 'Duro y Suave' he recorded with the American-Dominican singer songwriter Leslie Grace. The track was released in 2017 and became a hit across Latin America, particularly in Chile, where it reached number two in the charts. Collaborations are something of a speciality for Noriel (real name Noel Santos Román) and since starting his career in 2012 the singer has been featured on 79 tracks recorded by other artists.

Aside from 'Duro y Suave', the artist's only other significant chart success has been 'Cuatro Babys', a track he recorded in 2016 with Juan Arias, better known as the Colombian artist Maluma. 'Cuatro Babys' reached number 15 in the US Latin charts.