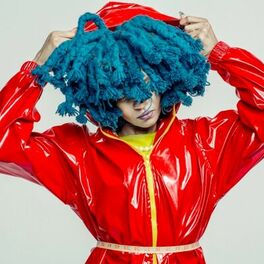 by The Muffinz, Moonchild Sanelly

Red Bull Made In 72 Hours

Moonchild Sanelly’s original brand of Future-ghetto-funk has fast gained her a reputation as South Africa’s most unique performer. The eye catching and provocative costumes which she designs for her performances, coupled with her electrifying and sensual energy, make her one of the most sought after acts in South Africa and no doubt destined for a huge international career. Sanelisiwe Twisha, aka Moonchild Sanelly, grew up in Port Elizabeth in South Africa's Eastern Cape province. Her love for music became evident when Sanelly found love in front of the camera. Her love for jazz, hip-hop and kwaito were all influenced by her social experiences in the Durban music scene. Moonchild has performed at various festivals across KwaZulu-Natal but has since relocated to Johannesburg. She has performed alongside artists such as Gcina Hlope, Busi Mhlongo and Madala Kunene. She has also collaborated with the likes of DJ Maramza, BLK JKS, The Kiffness, Dj Maphorisa, Dj Tira and a Japanese band called Weird Together, to name a few. She’s leaving her footprints across the globe as she performs on big stages such as SXSW in Texas, CMJ in New York, twice at the Primavera Sound Festival in Barcelona. Locally she’s also been present at Rocking The Daisies in Cape Town, Huawei Joburg Day, Cape Town Electronic Fest, Grietfest and later in the year she will also be playing on the Red Bull stage at Oppikoppi.