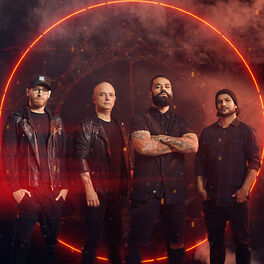 The God of All Mistakes

by Eminence, Márcio Buzelin, Marco AS

Wake up the Blind

Brazilian metal band Eminence’s new album, "Dark Echoes" comes with 12 new songs. The new record,is the band’s first since 2018’s MINDS APART will be released via Bloodblast Distribution. Produced by Eminence's guitarist Alan Wallace and mixed & mastered by Tue Madsen (Meshuggah, Heaven Shall Burn, Suicide Silence) at Antfarm Studios in Denmark. Recorded at Maçonaria do Audio Studios in Belo Horizonte, Minas Gerais, Brazil. The New Single Dark Echoes Featuring Soilwork's Bjorn Speed Strid. The album's artwork by (Rafael Moco) Although we live in a connected world, we are still miles apart. People are forgetting to feed their souls and this is causing an awful disillusion.We need to wake up the blind. Formed in 1995, Eminence quickly cultivated a strong following in the metal underground scene of their home country and in Europe. The group made its live U.S. debut in the autumn of 2012 during New York’s CMJ Music Marathon, performing on a boat with metal icons Prong. That performance led The Village Voice to declaring Eminence as “a band to watch.” The band did some shows around the world and played in some big festivals like Rock in Rio 2015, Woodstock in Poland, Rock Al Parque Colombia, SXSW in Texas, Red Bull Music in China,Japan,NewZealand,Germany,CZ,Poland,Denmark,Romenia,Switzerland,Mexico USA,Ecuador,Brazil,Belgium,Netherlands,Luxembourg,Italy,Austria,France,UK,Slovenia.