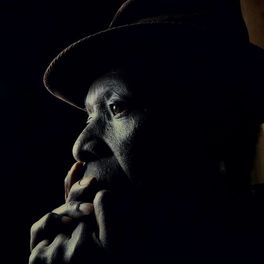 A Tribute To Art Blakey And The Jazz Messengers

April in Paris by Couleurs Jazz

Carousels (The Comet Is Coming Remix)

Crammed Goes To The Movies

Tony Allen is a versatile drummer known as one of the co-founders of Afrobeat music which mixes jazz with African rhythms and a cross beat. Over many years he performed and recorded with Fela Ransome Kuti and his band Afrika 70 and later worked with British rocker Damon Albarn on his 'The Good, the Bad & the Queen' project.

Allen started on percussion as a teenager and played in his hometown with the highlife band Dr Victor Olaiya and the Cool Cats, Agu Norris and the Heatwaves, The Nigerian Messengers and The Melody Makers. He met Kuti in an audition in Nigeria and they went on to make more than 30 recordings together.

After he left Afrika 70, Allen released several singles, which were later collected on the album 'Home Cooking' in 2002 and, settled in Europe, he put out a series of albums such as 'Black Voices', 'Live' and 'Lagos No Shakin'. The Damon Albarn project, with accompanying album, followed and the British musician was quoted widely as saying Allen was the best drummer in the world. The two worked with Flea from the Red Hot Chili Peppers on the 2013 album 'Rocket Juice & the Moon' and Allen played with French trio, the Jazz Bastards, on the 2014 release 'Film of Life'. His most recent releases are an EP 'A Tribute to Art Blakey and the Jazz Messengers' and the album 'The Source' in 2017.