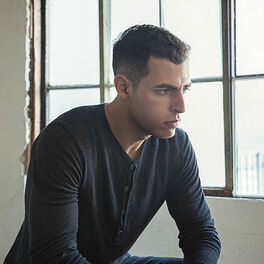 DJ MIX: Above & Beyond

Jason Ross is one of dance music’s great young talents, recently highlighted by Above & Beyond as their breakthrough artist of the year, and being named an Artist to Watch in 2015 by renowned electronic music blogs like LessThan3 and YourEDM. Some of dance music’s finest artists are lining up to support him, including Armin van Buuren, Tiesto, Andrew Bayer, ilan Bluestone, Cosmic Gate, Markus Schulz, Ferry Corsten, Paul Oakenfold and Gareth Emery.  Early 2014 saw Jason’s true beginning when “Burma” was released, landing him squarely on the radar of the Anjunabeats A&R team and Above & Beyond, who played the track in their weekly Group Therapy Radio show (ABGT). The next week, listeners of ABGT voted “Burma” to be played again as Record of the Week, and then again for the following week’s show. It would be an understatement to say it’s rare for a non-Anjunabeats track to be played in three consecutive episodes of the radio show. For perspective, it’s happened less than 5 times in nearly 600 total episodes going back to 2004. Jason signed to Anjunabeats soon after. Since “Burma” he has released a sequence of galvanizing tunes on the label, including “Elements,” “Cairo,” and his collaboration with Wrechiski, “Atlas,” which quickly shot up to the #1 spot on the Beatport Trance chart. Most recently “Solaris” and “Ravenna” have been heaping up praise. His tracks have proven to be bona fide dance floor gold, blasting through sound systems at Madison Square Garden, the EDC Vegas Main Stage, and countless other venues. Above & Beyond and many others continue to see massive crowds surge with excitement whenever they drop a Jason Ross track. The balance of powerful emotion and electrifying energy created in his productions is proving to be a perfect yin and yang, earning him the “future face of trance” crown by Electric Daisy Carnival creators Insomniac.