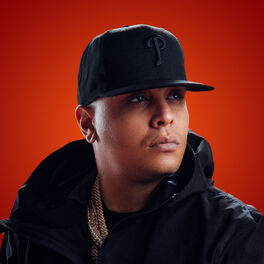 One of the most sought-after artists from the latest wave of the Urban Latin movement, Puerto Rico native Darell emerged as both a sought-after composer in 2018, playing a definitive role in numerous hits and attracting a rapid fan base back home. Among many smashes, Nío García, Casper Mágico y Bad Bunny’s “Te Boté REMIX” [feat. Ozuna, Nicky Jam y Darell] stood out as one of the year’s most heard and streamed songs, spending 41 weeks on the Latin Airplay chart and peaking at #2. Not to mention, it held #1 on the Billboard Hot Latin Songs Chart for 11 weeks during a 41-week stay on the chart. Additionally, it generated a staggering 1.6 billion views and 658 million streams. He garnered his very first major nomination at a Latin award show for the song, being nominated for “Remix of the Year” at Premio Lo Nuestro. To date, his collaboration with Brytiago, “Asesina,” has received over 347 million views and 186 million streams, while “Tu peor error” ignited 84 million views and 20 million audio streams. A key element in a string of hits, he has also written songs for the likes of Daddy Yankee, Nicky Jam, Anuel AA, Ozuna, Bad Bunny, and more. He regularly tours the U.S., Peru, Chile, Argentina, Colombia and beyond.