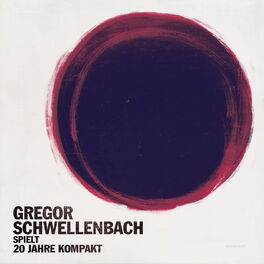 The Body as Archive

Best of Pop Ambient by Kompakt

Gregor Schwellenbach is a composer, arranger and performer working in contemporary classical, avant pop and electronic club music. He collaborated with artists like Irmin Schmidt (Can), Kölsch, Megaloh, Lambchop and The London Symphony Orchestra. Gregor plays a dozen different instruments and his arrangements are sought after in film, TV and theaters. His taste for subversive concepts, his merciless ludic drive and his courage for catchy melodies instantly connect him to Kompakt’s music. »Gregor Schwellenbach spielt 20 Jahre Kompakt«, released for the 20th anniversary of Kompakt in 2013, gained worldwide recognition and was performed live at numerous festivals and in clubs solo or with ensemble. Gregor collaborated regularly with Can’s Irmin Schmidt: as cocomposer of the symphony „Can Dialog“ for the London Symphony Orchestra and as orchestrator of his film scores. He also collaborated with artists like Lambchop, Alligatoah, Kölsch and The Heritage Orchestra. Since 2016 one of Gregor's main projects became »Six Pianos«, a cooperation of six international contemporary piano players performing Steve Reich's trademark composition from 1973.