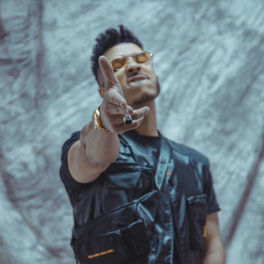 by Drone Call Me

On Repeat By Ayoub

Omar Souhaili known by his stage name Dizzy DROS, is a Moroccan Rap artist from Casablanca. His authentic style has allowed him to become one of the leading urban music artists coming out of Morocco. From generating over 150 million views on YouTube to selling out shows internationally, he has become a rare asset to the urban music industry in Morocco. If he’s not breaking the Internet with Rap songs like ‘’Moutanabbi’’ he’s travelling the world capturing inspiring visuals for his next music video. ‘’3azzy 3ando Stylo’’, His debut album came out independently in 2013 bursting him to the limelight and classing him as one of the elite within the Moroccan Rap world. He’s then gone on to make tracks like ‘Chouwaya’ accumulating over 35 million views on YouTube making it one of the highest viewed Rap song in Morocco, and just as of recently (April 2019) sold out his headline show in Paris.