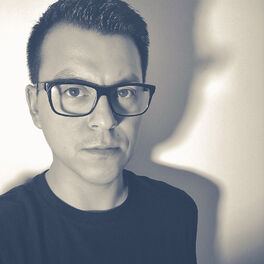 Don't Wake Me Up

Have You Got A Light

I Just Wanna See You Dance

Releasing music professionally in 2018, Michael Christian has already managed to bring multiple singles into the Top 10 on the Beatport and iTunes Charts including his 2020 single "Say You Love Me" with renowned EDM singer/songwriter Christina Novelli. He's received support from Nexus Radio, DJs including Chicane's Sun:Sets Radio show, as well as many FM/Internet stations from around the world. Michael Christian has been into the electronic dance music scene since 2009. Born in Los Angeles, he is the youngest of four brothers. He started at seven years old when his parents gave him a keyboard for Christmas. His love for the piano was transformed at high school when he started experimenting with making music. A few years later it was when Michael heard "In And Out Of Love" by Armin Van Buuren which accelerated his love and passion for not just music, but for electronic dance music. He knew then and there that he wanted to be the next big thing in not only the EDM scene but bringing the melodies from it into a world of inspiration. "I knew from that moment when I heard his song, that this is what I wanted to do, this is where my creativity and imagination could take me to my dreams. This is me, this is my imagination. Dive into my dimension of music and see for yourself what the world is missing".