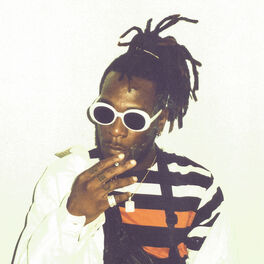 by Burna Boy and Saeon

Damini Ogulu, aka Burna Boy, is a singer-songwriter from Nigeria who performs and records a mix of reggae, dance music, funk and traditional African rhythms known as Afro-fusion. His debut recording, 'L.I.F.E.: Leaving an Impact for Eternity' went to number seven on Billboard's Reggae Albums Chart and his 2018 release 'Outside' peaked at number three. He has collaborated with many other artists including Lily Allen, D'ban and Zlatan and he featured on Fall Out Boy's 2018 track 'Sunshine Rip Tide', which went to number 29 on Billboard's Hot Rock Songs Chart.