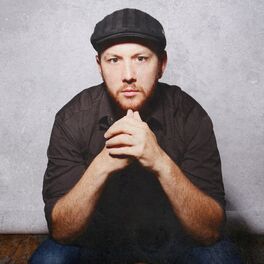 When The Lights Go Down

After The Landslide (Remix)

There’s something about Matt Simons’ work that just seems to touch people. A West Coast talent who found success outside his homeland, his music has reached huge audiences, with both studio albums to date – ‘Pieces’ and ‘Catch & Release’ – moving across the continent, starting with the Netherlands until the whole of Europe knew his name. Now it’s time for the rest of the world to follow suit. Third album ‘After The Landslide’ is his biggest, most ambitious, most personal record yet – imagine the taut emotion of Bon Iver matched to the sheer unrelenting grace of Springsteen and you’d be close. “It’s been quite a long process,” the Californian native smiles modestly. “I wrote these songs about two years ago, for the most part. To get it all right has just taken a long time, so I’m very, very ready to get it out there.” It’s a record that approaches some of The Big Themes in our lives – love, loss, grief, and the power it takes to get through it all. “I do love approaching those topics,” he admits. “If you can say something unique and touch someone that’s maybe going through a very difficult time, and make them feel better for one minute, that’s the point. That’s why we do this.” Matt Simons can certainly connect. Across two albums his work has found a global audience of millions, his sweet, plaintive, piano-rooted melodies allying themselves to lyrics that speak plainly, sometimes starkly, about important events in his life. This one is no different, as he explains: “I decided to name the album ‘After The Landslide’ as it’s about those feelings that happen after a big life change. A quarter life crisis… or third life, depending on how fortunate you are in how long you get to live.” A shift both personally and artistically, Matt Simons pushed his talents to the limit, working with some major producers and other collaborators in the studio. Lead single ‘We Can Do Better’ set the tone – somehow more concise, more precise than ever before, co-conspirators Emily Warren and Scott Francis helping to raise his voice further into the heavens. ‘Amy’s Song’ is one of the album’s emotion centre-pieces; constructed alongside Oklahoma native Amy Kuney, her experiences as an LGBT artist in a conservative Christian community struck hard, and ignited a standalone campaign that encourages people to question their beliefs, one that favours acceptance from people of all backgrounds. ‘Dust’ deals with the regret of contacting an ex-lover late at night – “that feeling of just wandering” – while ‘It’s You’ is about the crisis the follows a break up. It’s painful, sure, but also beautiful, the nuanced lyrics hitting home amid “those complicated, sad feelings that happen right after the end of a relationship.” “The goal is, how can you touch the most lives with one song?” he states. “I want to try and speak to people in a more universal way.” A conversation you can’t resist undertaking, ‘After The Landslide’ is the sound of a voice coming fully into focus, a sign that Matt Simons has truly harnessed his gift. “I’m starting to realise that as you keep making records the goal is to sound the most like yourself. This one is as close as I’ve gotten, but I still think I can get closer. There’s more to be done.”