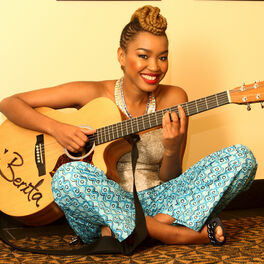 Songs in The Key of Love

Multi-award winning, gold selling, Afro Soul singer and songwriter, Berita, is proving to be one of the most important new voices of our generation in the Afro Soul genre. Known to make classic hit singles that resonates with people of all ages, at just 25, Berita has touched the hearts of many and received endorsements from the likes of Mama Africa, Yvonne Chaka Chaka; world renowned Oliver Mtukudzi; and Grammy award winning flugelhornist and composer Hugh Masekela. Berita has just released her second single off upcoming third studio album titled, Surprises. Surprises follows the highly successful release of her hit single Nguwe Wedwa released in the last quarter of 2016 and is still charting on radio stations such as Metro FM where it featured on the esteemed Metro FM Top 40 Chart in January 2017. Surprises is an inspirational and exciting single that is pegged to be yet another classic hit single offering that joins Berita’s impressive music catalogue. 2017 will be marked as a notable year for Berita as she gears up to release her self-titled third studio album, Berita, in the first quarter of the year. If her other two projects are anything to go by, Berita’s third studio album is set to secure