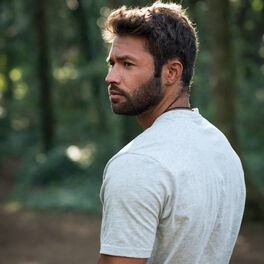 The Sound Of Revealed Vol. 02 (Mixed by KURA)

Gunz In My House

Gunz In My House (Extended Mix)

KURA is currently one of the most hyped DJ and producers worldwide. Signed to the most important EDM label on the planet, Spinnin Records. He’s from Lisbon, Portugal and is placed on the 39th position on DJ Mag’s Top100 2018. KURA has under his belt several releases for labels such as Hardwell’s Revealed Recordings, Spinnin Records, Tiesto’s Musical Freedom, Nicky Romero’s Protocol Recordings, Afrojack’s Wall Recordings, and Armin Van Buuren’s Trice/Armada Music, as well as Ultra Music, and Smash The House, among others. Add to this his remarkable charisma and talents on a DJ booth and you have the key ingredients to make it in today’s competitive and worldwide Electronic scene. 2014 revealed his entrance for the first time on DJ Mag’s Top100 and in the 42 place. It was the highest direct entry of 2014 and the highest entry ever for a Portuguese speaking DJ. In 2015 he was awarded, for the second year in a row, for Best Portuguese DJ at Radio Nova Era’s Best Of Awards. 2016 begun with a collaboration with Hardwell for “Calavera”, a track that reached the number one spot on Beatport! His collab with Tony Junior and Jimmy Clash, “Walk Away” was released through Tiësto’s Musical Freedom, and amassed an astonishing 28 days stay on Beatport’s Top10 as well as 3 million streams on Spotify and 2.8 million views on YouTube. 2017 brings some festival performances to add to KURA’s already extensive list, closing RFM Somnii for 35 thousand people, Ultra Europe and Tomorrowland for the second year in a row. 2018 started with his powerful “Fuego”, a collaboration with Olly James and by the end of May KURA strikes back and surprises everyone with “Lambo”, a track using his own voice to lead the dancing. Now KURA returns with “Nothing Else Matters”, the song encapsulates both the hi-energy and epic breakdowns KURA is well-known for, but also reminisces on 90’s dance music with an old school vibe that is bound to take you time travelling to glorious days. The future's so bright he has gotta wear shades!