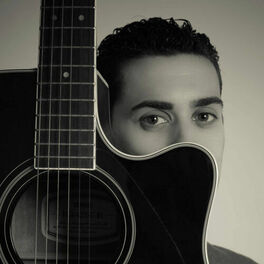 Longing to See You...

David Clavijo was born in Seville (Andalusia), and grew up in Alcalá de Guadaíra and La Puebla de Cazalla. Songwriter and guitarist Spanish, resident in Alcalá de Guadaíra (Seville), began to create his songs, with only 16 years, as is typical Pop / Rock of the 80's Spanish. Shortly after, he had the opportunity to work as a bassist on soundtracks for films of his native Andalusia. Also he made contributions as a guitarist with Spanish artist's music scene. It was then that he began to understand that music gave him a wide range of possibilities. In his eagerness to see new places which inspired him in his creations and searching for it multiculturalism always present in his music, he experienced the pleasure of riding spectacular corners of the Spanish geography. Granada, Cordoba and Toledo provided large amounts of wealth were reflected ethnic later in his works, such as "East Winds" or "African Spirit". Maybe the turning point in his career was determined by a trip to the white isle of Ibiza, home of the current chill out and electronic music. Again driven by the feelings aroused in him the extraordinary views of places like the magical Es Vedra, he composed themes fresh and dynamic as that of the same name of the legendary island, "Es Vedra" or "Sailing In My Dreams". They also revealed the influence of renowned artists like Mike Oldfield, Enigma, Vangelis, Brian Eno and Jean Michel Jarre.