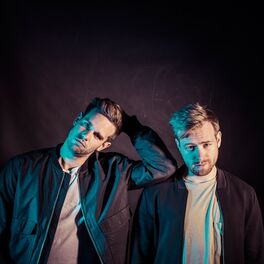 When austrian producers Felix and Florian met for the first time, they couldn’t image what enormous impact they would have with their later started project Wild Culture.Inspired by their homeland and its natural charming beauty of wilderness with vast woods and high mountains both musicians constantly let these inspirations be part of their music productions. Remaining true to their style, the duos’ slogan “less is more” gets reflected by simple, yet very unique sounds and organic elements. Therefore, the producers enjoy going out into nature to comb sequestered rivers and woods aiming to find novel sounds, which are later combined with electronic beats and their very special musical touch in their studio. When in the studio, Flo and Felix are not only working on new sounds but also writing the lyrics to their songs. No wonder that well known international artists as Mando Diao, Karmin or Graham Candy are counting on the special beats and lyrics written by Wild Culture. Flo and Felix have made a name for themselves not only with high quality productions on numerous labels, but also because their remixes and releases were played by international headliners causing buzz all over the world. Ever since the Austrian duo has been touring through continents from Europe to South America and Australia. Due to their millions of plays on leading digital streaming medias with their releases on big names like Sony, BMG, Ultra Rec., Warner, Armada, Spinnin’ and many more, Wild Culture and their productions became an integral part of the festival stages all over the world