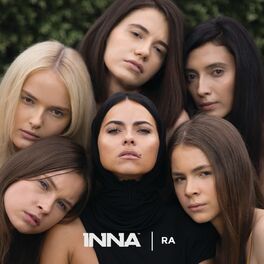 Living between Barcelona and Bucharest, while having the clubs of Europe, Asia, Latin America & the Middle East already at her feet, INNA is a fierce musical phenomenon. The most exciting new voice in the dance world, the Romanian artist has blazed through the global charts with hits like “Hot,” “Sun Is Up” and “Déjà vu,” collaborating with the likes of , , and and reaching the top slots in dozens of countries. With looks and dance moves that match her musical talent, INNA has won multiple MTV Europe Awards, Romanian Music Awards and RRA Awards and in 2012 became the first and only European female artist to reach 1 billion YouTube views. Her first big single, “Hot”, would become one of those rare, unstoppable tracks that transcended language and geography. In the past two years, INNA has been working hard at reinventing herself, creating her own sound. The result is , an eclectic, powerful album that includes 11 songs. The tracks on the album are exclusively written by INNA in Spanish and produced by the creative David Ciente. INNA has more than 3.7 billion views on Youtube, more than , , , , , , , . The release of highlights this new path in INNA’s career: deep introspection, a new meaning of her music, feelings, emotions, everything envisioned by the artist in 11 songs that will make you dream and sing along with her.