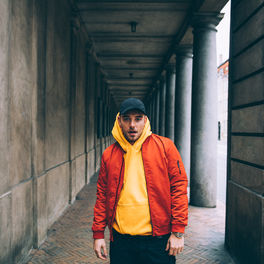 Oliver Gammelgaard better known by his stage name TopGunn (born 1991) is a Danish rapper and music producer from Nørrebro, Copenhagen. He has also established his own label CHEFF Records. Influenced by Danish dancehall scene, he published his first EP, Dansehallens Erobrer in 2010. Best known from the EP was the track "Averbaver" og "Gunmænd med pistoler". Through his residency in Ragnhildgade, he collaborated with Klumben in launching the latter's initial hit ""kriminel" which became an instant hit. In addition TopGunn became part of Fuma Hi-Fi, with Firehouse which he produced in addition to contributing to them the tracks "Ingen Kokain" and "Xfactor" and with Nicholas Westwood (known as Kidd) most notably in Kidd's hit "Kysset med Jamel" and the ensuing "Kidd projektet". That also resulted in a 2012 documentary "Kidd Life". TopGunn released his debut album on CHEFF Records in May 2013 called 21 after having success with singles "Hemligt nummer" and "Tilbud".