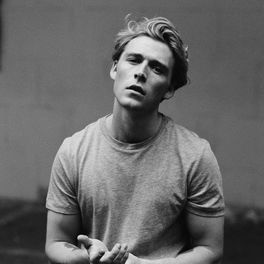 Best of Topic incl. WHY DO YOU LIE TO ME

2014 has indeed been Christopher’s year. Since the Danish release of his sophomore album “Told You So” on March 24th, the curly-haired singer has accomplished more than many artists twice his age; Two sold out tours, platinum certifications, front-cover editorials, appearances on all major national tv-shows, headlining summer festivals and being rewarded with some of the most prestigious awards around. Even the most skeptical critics have surrendered during the past year – and meeting Christopher, one understands why. Apart from being blessed with undeniable vocal skills and musical understanding, Christopher has a rare gift for making those around him feel extremely comfortable. Though his level of fame now prevents him from walking peacefully on the street, his genuine interest in and passion for people always comes first – whether tending to fans, talking to media or collaborating with other artists, his friendly demeanor exceeds all expectations. The Danish pop singer has grown rapidly since his debut album “Colours” from 2012. The 2nd album “Told You So”, which has just been released again in deluxe edition, is a final farewell to the innocent-teen image. The album is a supreme piece of pop artistry with depth and dexterity that moves him even further ahead of his contemporaries. With singles such as title-song “Told You So”, “Crazy”, “Mama” and recent track “CPH Girls”, Christopher has delivered some of the most influential songs of the year. At the age of 22 he is completely at ease with his musical expression. This multi-talented artist has confidence in his own abilities and his sincere passion for music motivates Christopher to show the world everything he has to offer. Whether it’s his cheeky falsetto, the intimate lyrics, the rending rhythms or the dance moves that follows. The 2014 release echoes of vigor and verifies Christopher’s impressive vocal range. Furthermore the born and bred Copenhagen-boy has had a major impact on the choice of partners involved in his album. In fact, he handpicked them himself. And Christopher has clearly gone after the top of the Danish R&B, soul and urban-creators: Producers Frederik and Fridolin Nordsø (Brandy, The William Blakes, Outlandish, Burhan G, Noisy, The Mountains, etc.) are involved in most of the highly catchy songs and their partnership was recently acknowledged when Christopher won “Best Pop Album Of The Year” at The Danish Music Awards on November 8th.