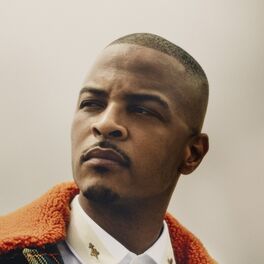 Us Or Else: Letter To The System

The Great British Night Out

Clifford Joseph Harris Jnr (aka T.I.) enjoyed a steady rather than meteoric rise to stardom that has been dogged by his penchant for breaking the law. Although T.I. fell into a life a crime and prison in his early teens, he had been rapping since the age of seven and was signed to Arista Records before he reached his twenties. Debut album I'm Serious was released in 2001 and while it didn't exactly announce his arrival on the hip hop scene with any fanfare, and he was dropped by Arista soon after, the album was a sign of things to come. He continued working with independent labels, and a second album Trap Muzik, released in 2003 on the Grand Hustle Records label, hit Number 4 in the US chart and featured singles 24s, Be Easy and Let's Get Away. Despite this success, T.I.'s past caught up with him and he ended up back in prison for violating his probation for a drugs charge back in 1997. He was sentenced to three years but was allowed work release during which time he recorded album number three, Urban Legend, in 2004. The album's lead single Bring Em Out gave T.I. his first Top 10 hit on the Billboard Hot 11. Fourth album King went straight to the top of the Billboard 200 chart, while T.I. vs. T.I.P. arrived in 2007; both bringing numerous hit singles and awards. Since then, despite being charged with firearms offences and put under house arrest for twelve months and probation, T.I. has maintained a successful music career and in 2010 he was working on his seventh studio album. Artist biography compiled by BDS/West 10. All rights reserved