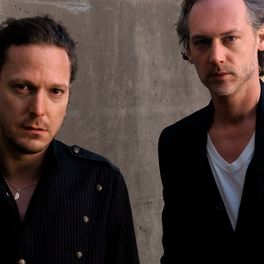 The Eclectic Sound Of Vienna Vol. 3

Multi-instrumentalists Richard Dorfmeister and Rupert Huber have been friends since their Vienna schooldays, when they founded their first experimental band, called ’Dehli 9’, later dedicated as the name of their album ’Dehli 9’ in 2002. Richard became half of the globally acclaimed DJ-producer-duo Kruder and Dorfmeister, while Rupert composed piano music, soundart installations and acoustic networks. But the duo rediscovered their musical chemistry again with their Tosca debut, the 1994 12" ’Chocolate Elvis’. A string of highly praised albums and remix collections followed – ’Opera’ (1996), ’Suzuki’ (1999), ’Dehli 9’ (2002), ’JAC 2005’, ’No Hassle’ (2009) and of course the remix album ’Pony’ (2010) are considered milestones of the downtempo genre and confirmed Tosca´s status as the most innovative and internationally renowned act of the ’Wiener Elektronik’. Releasing a collection of remixes of their most recent work stays in tradition with the Tosca modus operandi. Lots of the singles and their remixes were released as stunning remix albums – i.e. ’Souvenirs’, ’The J.A.C. Remixes’, ’Suzuki In Dub’, ’Chocolate Elvis Dubs’ or the ’Fuck Dub Remix Collection’ – and featured on countless compilations. Tosca's new album ’Odeon’ is slated to be the first release of 2013 on the duo's long time home of !K7 Records. Featuring collaborators from Tosca's creative inner circle, including vocalists Sarah Callier, Rodney Hunter and JJ Jones, the album is darker than their previous five albums, more downbeat, at times ambient but of course no ambient in the typical meaning. Ambient always was a description for Tosca as a collage of great music without beat. It's unlike anything else out there at the moment. More than anything, ’Odeon’ is the sound of a band at the top of their game, still relevant after two decades. They were key players in the late '90s Leftfield/downtempo scene, but they've never really gone out of fashion. Dorfmeister reflects on the band's history: "It sounds like a cliche, but we've never really thought about other people's music when we're writing our own," he says. "We try and create our own sound. We really have always been like that. And I think we've developed a trademark sound because of that."