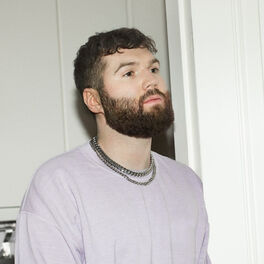 No One Even Knows My Name (Storgards Remix)

(Can't Be Myself) Without You

No One Even Knows My Name

Born in 1992 Swede Lucas Nord released his first single in 2012, Let Us Stay Young, with fellow countrymen Urban Cone setting his course on dance/pop cross-over success but always remaining true to his underground sensibilities and innovative production values. The following year his debut album ‘Islands’ came out providing him with a fruitful hook up with Tove Lo on his track ‘Run On Love’, opening up a new world of commercial success for the producer-artist with a plethora of remixes, co-writes and collaborations following on. The track eventually reached number one on Billboard's Dance Club Songs chart the week ending 2 January 2016, giving Nord his first U.S. chart topper and Lo her third consecutive number one on this chart The grandchild of legendary Swedish jazz clarinet virtuoso Putte Wickman and graduate of Stockholm’s music school Rytmus (along with other Swedish music exports Robyn, Icona Pop and Kim Cesarion) Lucas has got music in both his blood and brain. In 2016 he released his second album Company which garnered the singles Faking, Don't Need Your Love and Do About It. The latter which was also released as a duet with Naomi Pilgrim. Simultaneously he continued his work as a remixer for artists like Grouplove, Phoebe Ryan and Jonathan Johansson.