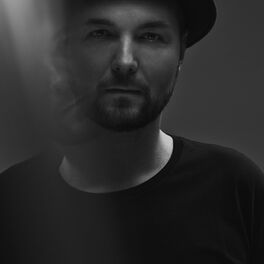 Now Here No Where

While Waiting For Something To Care About / Now Here No Where

The Great Consumer / Remind You

by Kölsch and Michael Mayer

For Danish native Kölsch, Kompakt is the “perfect label” to call “home”. The much-revered Cologne-based imprint released the Kölsch albums ‘1977’, ‘1983’ and ‘1989’, continuing a tradition of providing groundbreaking and genre-defining cuts. Kölsch’s work has proved to rewrite the rulebook on techno production, setting it on a melodic, emotion-induced course. His critically acclaimed album trilogy, full of timeless tracks such as Loreley, Opa, Goldfisch, All that Matters, Cassiopeia and Grey, draws inspiration from his culturally diverse upbringing. As Kölsch himself notes, “Being half Irish, half German and living in Denmark – it was all one big messy period of my life.” Living in Christiania, an anarchic hippie commune in Copenhagen while spending school summers in Germany with his grandparents, he recalls how ‘1977’ was a product of “reminiscing about what shaped me as a kid” and “the weird ideas and concepts I had on my mind at the time.” While Kölsch attributes the emotion of ‘1977’ to the “solace” and “imaginary world that I would spend days in,” the description of ‘1983’ was as a “travel album,” sound tracking the first year he travelled through Europe at age six. The sentimentality is clear; a vibrant and picturesque journey. With the 3rd album, ‘1989’, “we have arrived in my early teens”, Kölsch explains, “a difficult time in my life, where I mostly just remember the greyness of it all – grey feelings, grey weather and my own grey face I would escape that grey world on my skateboard, listen to my Walkman as I explored the city around me. Music became my saviour – the only way to overcome my family’s hard times. I found a soundtrack to my grey life, and suddenly there was color.” It’s why you’ll find several tracks on the album named “grey” in different languages, all sharing the distinctly “Kölsch-esque” moment when epic melodies break through propulsive techno beats like the sun through stormy clouds. It must have touched a nerve, since the lead single, Grey, became a big hit: over 4 million views on YouTube, 23 million streams on Spotify and regular plays on BBC Radio 1 daytime radio. Kölsch has continued to push his own boundaries by not only doing iconic DJ sets at DC 10, fabric and Berghain/Panoramabar + his infamous live stream on top of the Eiffel Tower followed by 5 million people online + having one of the biggest club hits with his remix of London Grammar’s “Hell to the Liars”, but also curated sold out IPSO shows (his own label / labelnight) in the Netherlands, Belgium, France, Germany, Austria, Scotland, Ireland, Australia, Spain (Madrid & Barcelona), Switzerland, London (fabric), with each show promoted and marketed with a subtle Kölsch and/or IPSO reference.